The drill team is currently looking for highly motivated young men and young ladies ages 6-18 who are interested in joining our marching line and drum corps. Registration is open and awaiting your application. So, look no further, click the link below to complete the online application and someone will respond accordingly. 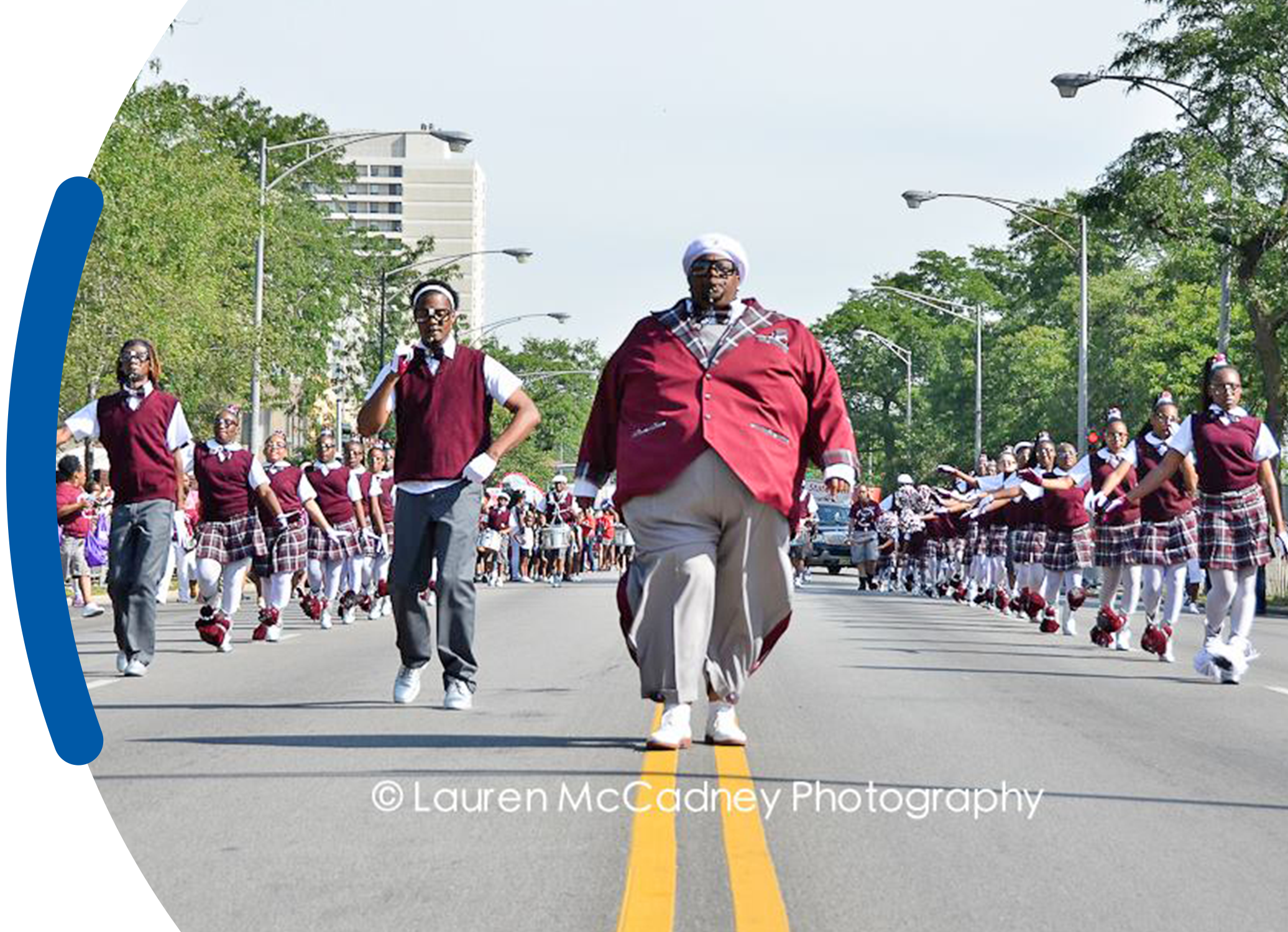 During his tenure as a resident of the Ickes Community, James has played a major role in the community where he gained independence in the community by securing his own apartment, where he was elected Building Vice President with the Ickes Local Advisory Council (LAC). He was also co-captain of the CHA Tenant Patrol and served as a community representative for three years. James also implemented the “Just Say No” Dance Troupe, a teen pregnancy & drug prevention program for young ladies within the community.

One year out of High School in December 1993, James was employed with the CHA as an Information and Referral Counselor. In July 1995, James was transferred to the CHA Police Department as a Police Assistant, performing administrative duties to commanding officers. In 1999, the CHA Police Department closed, and James transferred to the CHA Resident Program Department as a Program Coordinator over the CHA Ambassador Choir and later participated as the Program Director of the CHA Drill Team.

As a positive role model for today’s youth and young adults, James continues to mentor and nurture youth to ensure that they are setting realistic goals in life. With the desire and understanding for today’s youth, James continues to stand in the forefront as a role model of communities cloning the support he received growing up. Though some members tend to stray away from the tough love that James gives, they somehow find their way back home and James vowed to always give his best until all is given.

With his passion for youth and young adults, James now works within the Chicago Public School system as a Citywide Provisional Cadre Substitute Teacher at his Alma Mater, Wendell Phillips High School. 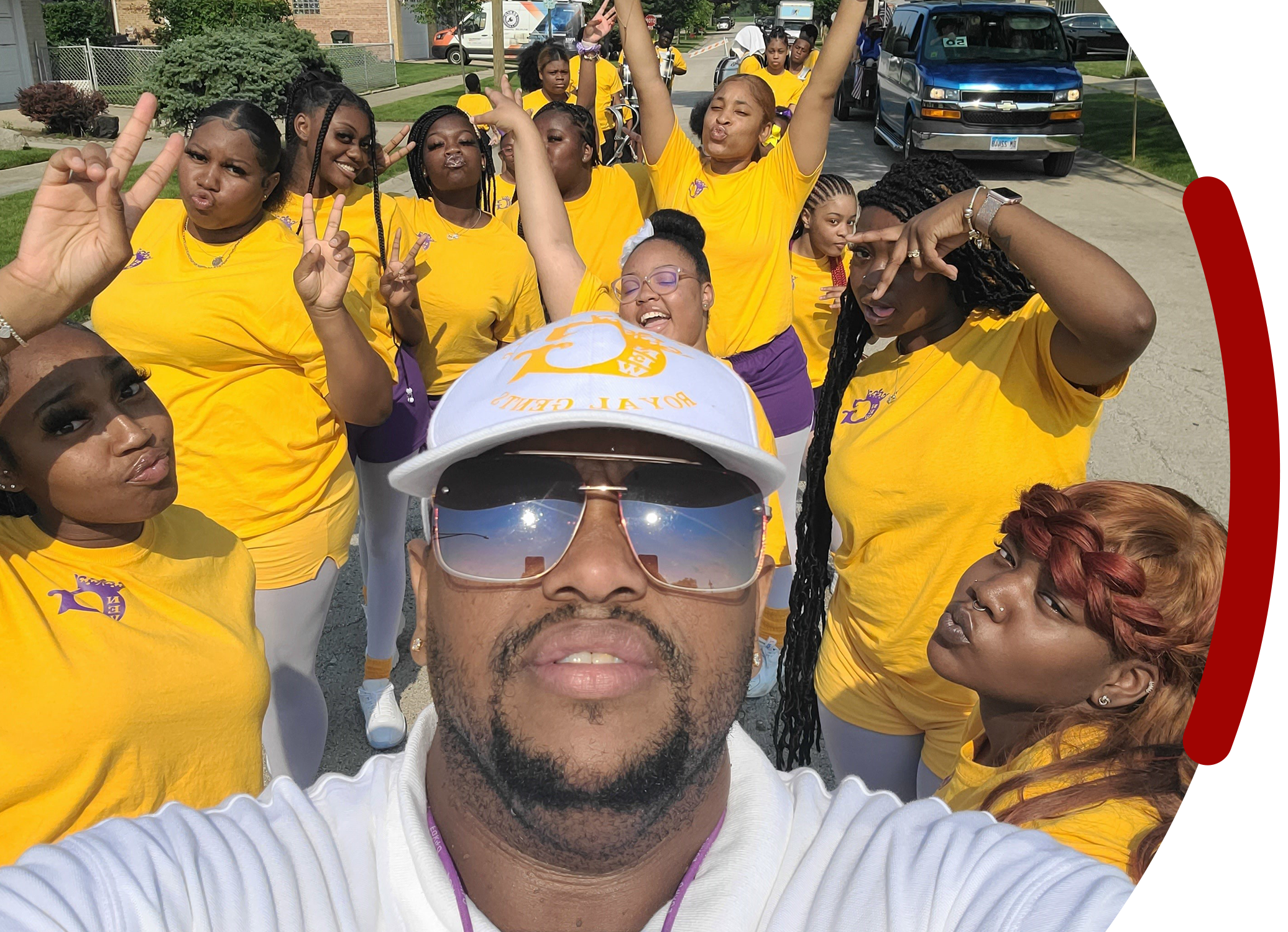 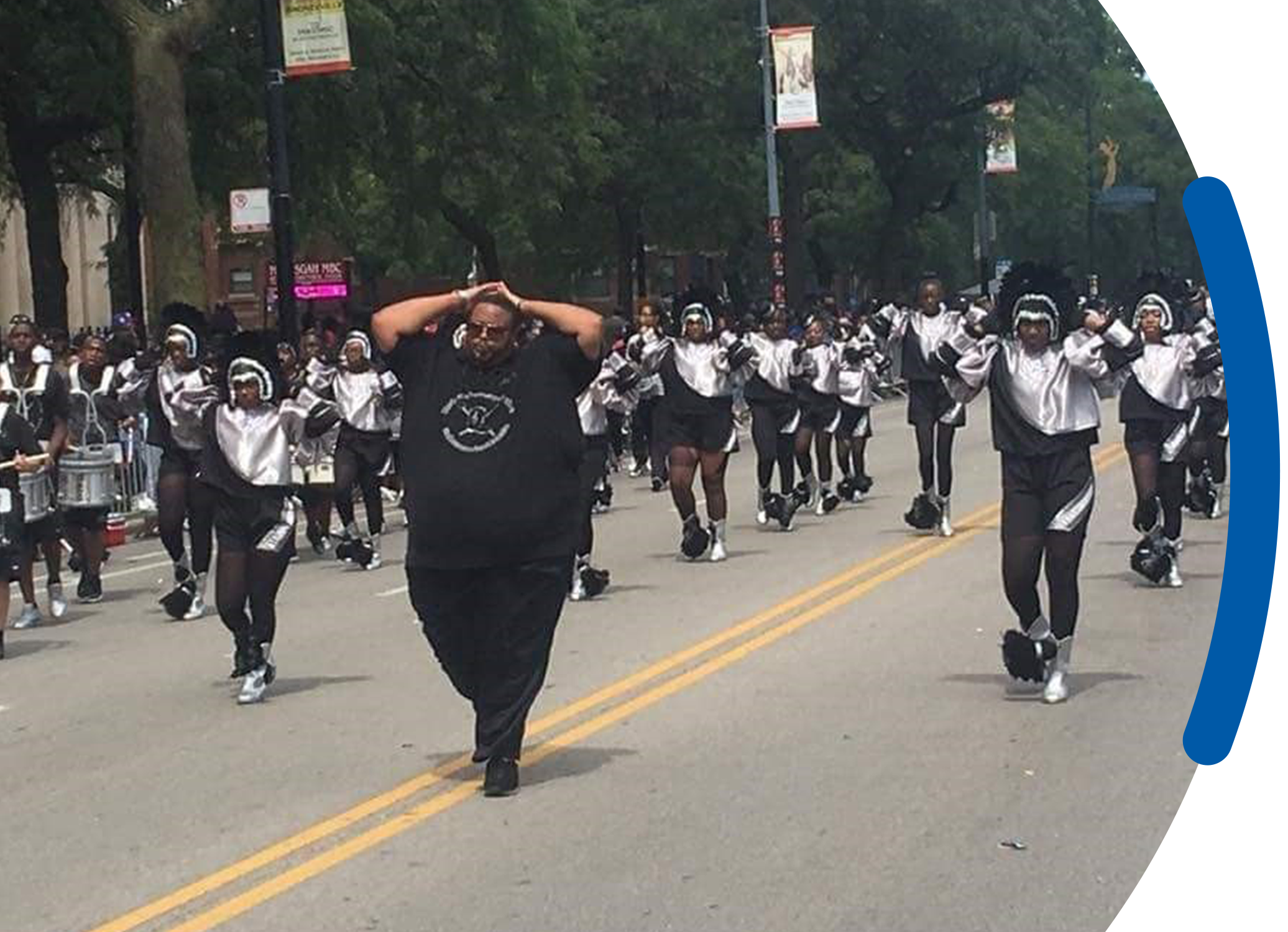 The New Generation Fancy Drill Team has partnered with Phalanx Family Services (Far South Regional Lead) to host events enabling residents of the South Deering Community the opportunity to be educated and protect themselves from this COVID-19 Pandemic and be vaccinated.

© New Generation Fancy Drill Team and Performance Arts Ensemble
About Us | Meet the Director | Programs | History of the Team | Join Us!
close lightbox